Five species of sea turtle are found along Mexico's Baja California peninsula; a region that provides both nesting habitat and vital feeding grounds for turtles from as far away as Japan and Indonesia.

The genesis of sea turtle conservation in the region came in 1998 with Grupo Tortuguero, a grassroots network founded by a group of fishermen from local communities working to individually protect their turtle populations. Now more than 500 strong, the network is made up of students, researchers, housewives, and many others.

We also work with a community-based business, RED Travel Mexico, which works with members of the Grupo Tortuguero to develop turtle-friendly alternatives to fishing and poaching. 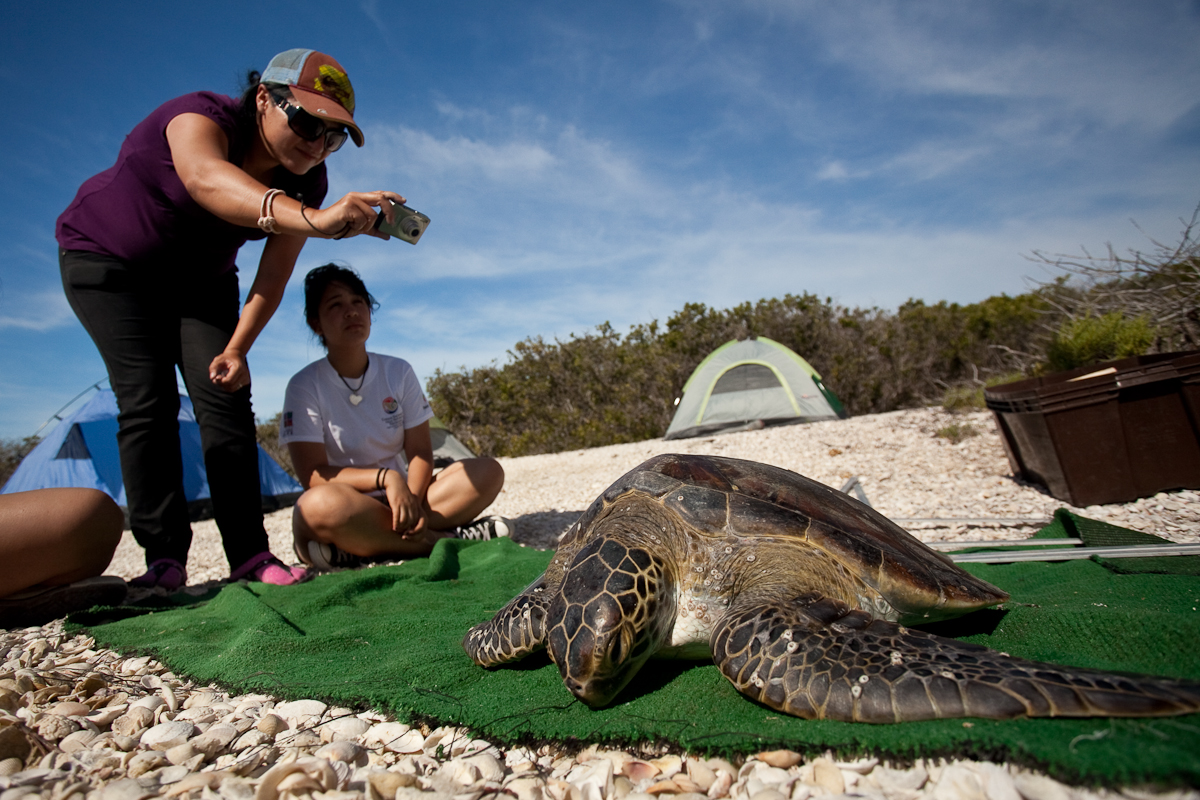 This area comprises the largest wetland ecosystem on the west coast of the Baja California Peninsula and is considered one of the most important in North America. The bay provides a vital calving area for the Pacific Gray Whale, and feeding grounds for several species of endangered marine turtles.

The area contains mangrove forests, barrier beaches and sand dune islands, contributing to the incredible scenery, and diverse biological makeup of the zone. The bay harbors the continent’s northernmost breeding colony of magnificent frigate, the southernmost breeding site for threatened bald eagles, a large nesting colony of the endangered California brown pelican, and one of the largest California sea lion colonies on the Pacific coast of the peninsula.

For the past ten years, local researchers have been studying the green (also known as “Pacific black”) andloggerhead turtles that live in the Bay. Once a month during slack tide, local residents, part of the Grupo Tortuguero network, set up camp on a remote island and set nets to catch the turtles.

This research is critical to conservation and research efforts by monitoring their movement, health and populations numbers. Once the turtles are caught, researchers collect data on their size, weight, and health before returning them to sea. The data provides important information to researchers, and helps to support protection of these waters as vital foraging grounds. Perhaps more importantly though, involving local community members in the monitoring creates a connection between local residents and their natural surroundings. 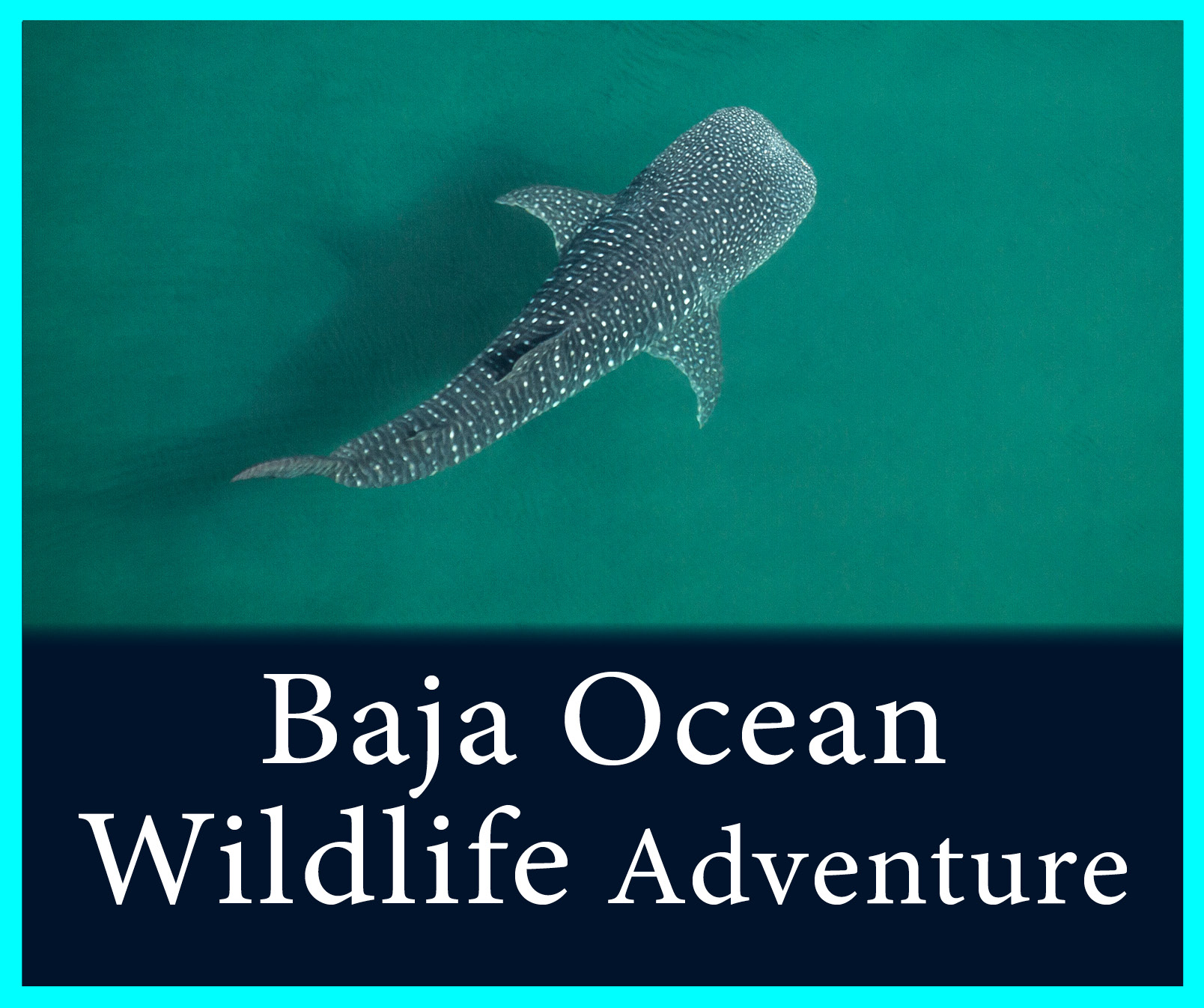 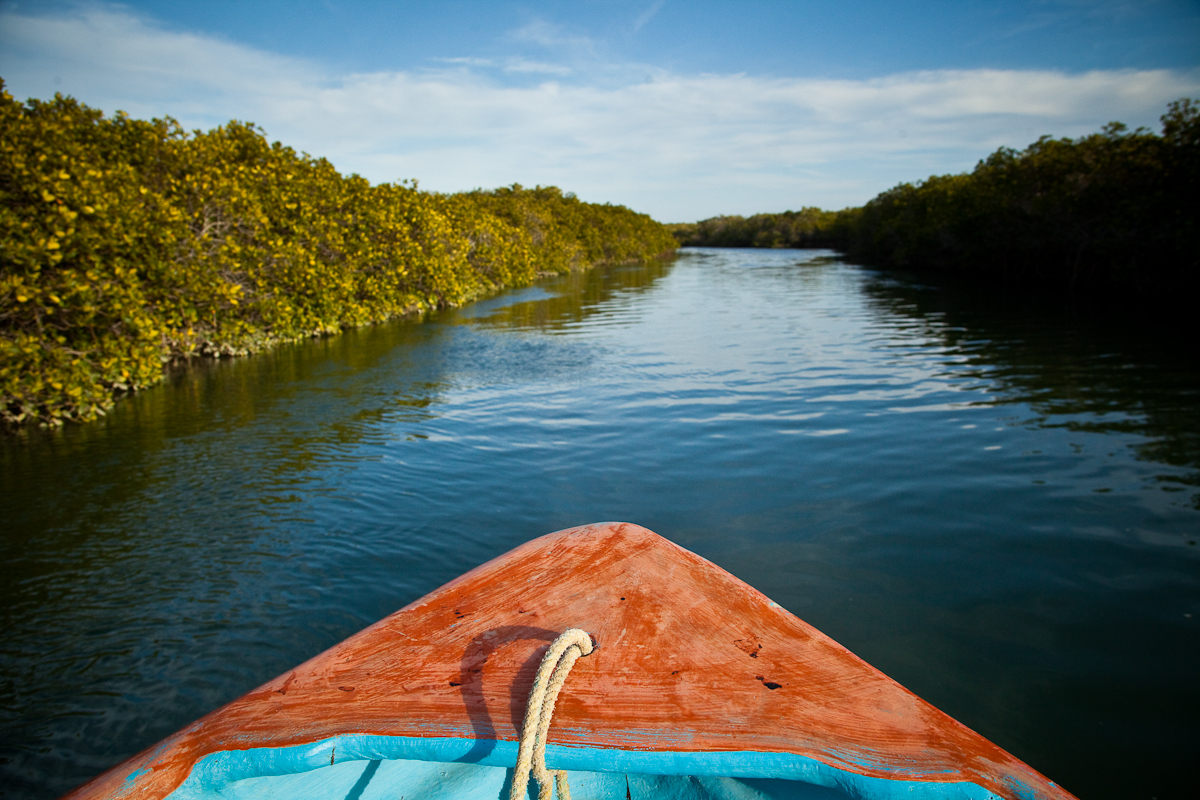 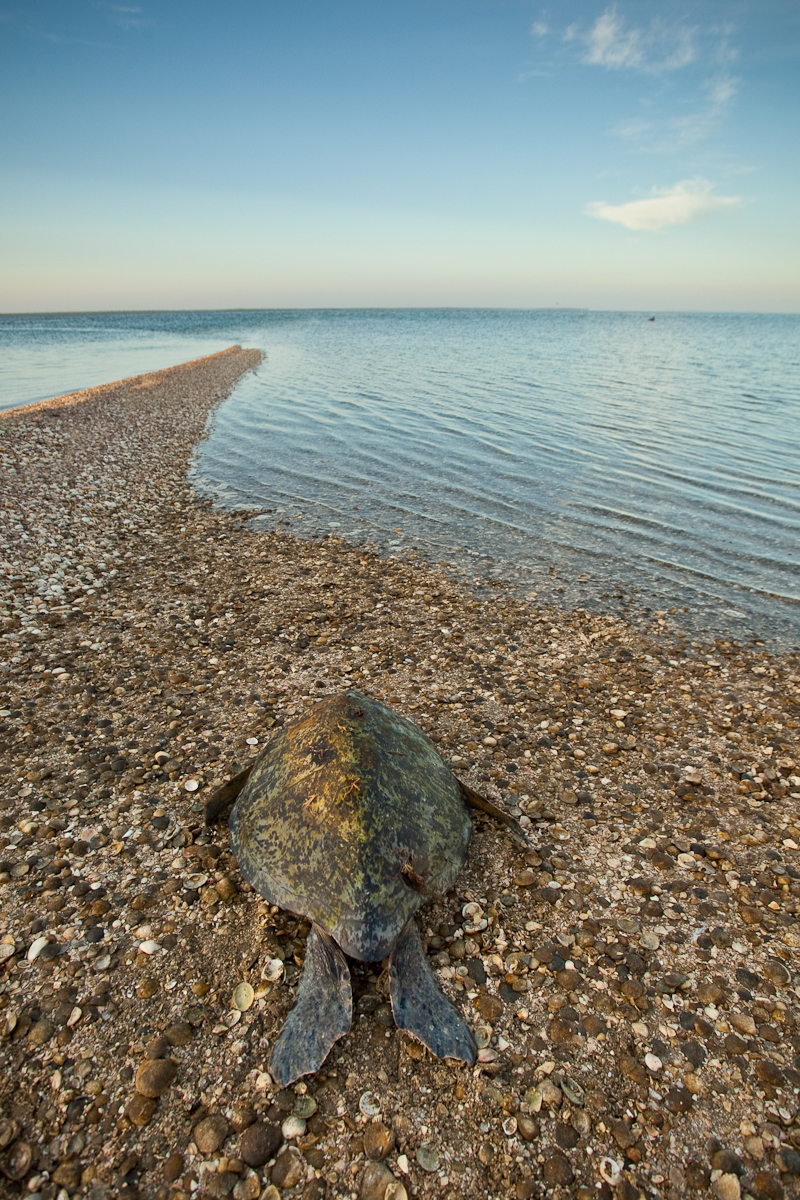